What is asthma and what are its unexpected consequences?

What is asthma and what are its unexpected consequences?

World Asthma Day is celebrated on the first Tuesday of May. What is this disease and what can it lead to – in TASS 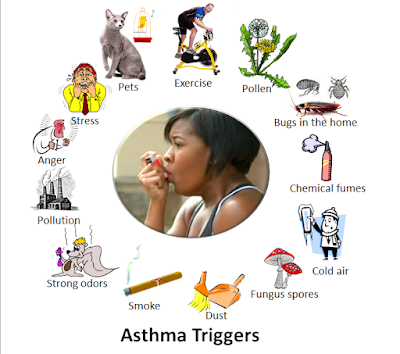 World Asthma Day appeared 20 years ago so that people knew more about this disease and knew how to take care of themselves and loved ones. There is something to worry about. According to the World Health Organization, 235 million people suffer from asthma. This is one of the most common non-communicable diseases. However, many cases are not diagnosed, and people in need of treatment do not receive it. Here’s what you need to know about asthma.

Asthma causes inflammation.
ABOUT THIS THEME
Why do people’s immune systems attack the wrong ones? Excerpt from the Epidemic of Sterility
Asthma causes chronic inflammation of the airways. During an attack, the tissues react to an irritant (smoke, dust, chemicals, even physical exertion and cold): smooth muscles contract strongly, mucus is secreted, so the gaps through which air goes narrow. Because of this, it is difficult for a person to breathe, he wheezes and coughs. In fact, asthma is the body’s immune response.

The prevalence of asthma does not decrease over the years and even increases. Medical scientists are trying to explain this using the hygienic hypothesis. Its essence is that if in childhood a person lives clean and rarely encounters bacteria and viruses, then his immune system develops incorrectly and subsequently reacts violently even where it is not necessary. Also, the development of the disease is affected by dirty air, heredity, and the presence of allergies.

Asthma slows down adolescent development
Scientists have long suspected that asthma affects the development of adolescents, but studies have yielded conflicting results, and also have not been conducted in the best way. In 2016, the connection between the disease and growth was tried to clarify by Australian scientists led by Maria Movin. To do this, they measured the growth of 316 children for several years, some of whom were diagnosed with asthma at the age of eight, while the rest did not.

The results are different depending on gender. Asthma did not affect the development of boys, but asthma girls, compared with healthy peers, were almost four times more likely to have stunted growth. True, the scientists themselves admit that the conclusions for the boys are not final: the children were followed up to 14 years old, and by this age guys, unlike girls, often continue to grow, so the delay may occur later.

Asthma Increases Risk of Mental Disorders
ABOUT THIS THEME
Can I get depression and schizophrenia? In a way, yes
A recent study by the National Defense Medical Center in Taiwan showed that asthma and seasonal allergies increase the risk of mental disorders. Scientists processed the data of more than 186 thousand patients. Among those who had allergic diseases, mental disorders developed in 10.8% of people, and in the control group only 6.7% gained them. In other words, the risks for asthmatics and allergy sufferers were 1.66 times higher.

Why asthma and allergies are associated with mental disorders is not completely clear. This is probably the immune system. The inflammation caused by the disease increased the concentration of protective substances, but these substances could harm the brain and lead to mental problems. At the same time, asthma medications reduced the risk of mental disorders.

Asthma May Lower Potency
Doctors have long noticed that patients with chronic obstructive pulmonary disease are often worried about erectile dysfunction. Presumably, the reason lies in the ongoing inflammation. Asthma is also an inflammatory lung disease, so scientists from the Taiwanese Institute of Clinical Medicine decided to check if it leads to problems in the male part.

Researchers selected 3466 recently diagnosed adult asthmatics from the national medical records database. Then they looked at how many people had a record of erectile dysfunction over the years. There were about 1% of them, almost twice as many as in the control group. The more often men went to the doctor because of asthma, the higher the risk of encountering problems in bed.

It’s impossible to recover from asthma
There is no remedy that would completely relieve asthma. True, if the disease began in childhood, the symptoms may disappear over the years (and then come back again – here you are lucky). Adult hopes for this are less. However, the disease can be controlled. For this, two types of inhalers are used: some are used during an attack, others are used regularly so that the attack does not start.

ABOUT THIS THEME
Norwegian scientists: insomnia may indicate an increased risk of asthma
Swedish scientists have found that breast milk does not protect children from allergies and asthma
Study: chronic sleep disturbances increase the risk of asthma three times
3 MATERIALS

There are also several types of supportive medications.